This website supports SOAN 232 — the University of Redlands’ lower-division course on the sociology of religion.  It is part of the general education program:

It also counts as an elective for the Sociology and Anthropology major and for the Religion major.  It welcomes everyone, at whatever level they wish to learn.

The course has no prerequisites, other than a willingness to learn about religion’s role in contemporary society.   Please explore our website.  Read the students’ blog posts.  See what they uncover as the semester unfolds.

Religion is a key part of every society on earth.  From the Stone Age to the Space Age, religion has given people a sense of themselves and of their cosmos.  It has held societies together and has torn them apart.  It is both a source of meaning and a source of confusion, both to individuals and to groups.

Through lectures, readings, discussions, films, group research projects and field trips, we will attempt to understand the structure of modern religious life, its recent changes, and the significance of those changes for society at large.  In the process, you will be invited to:

In these inquiries, we will use the sociological tools that we have learned to understand local religious life. 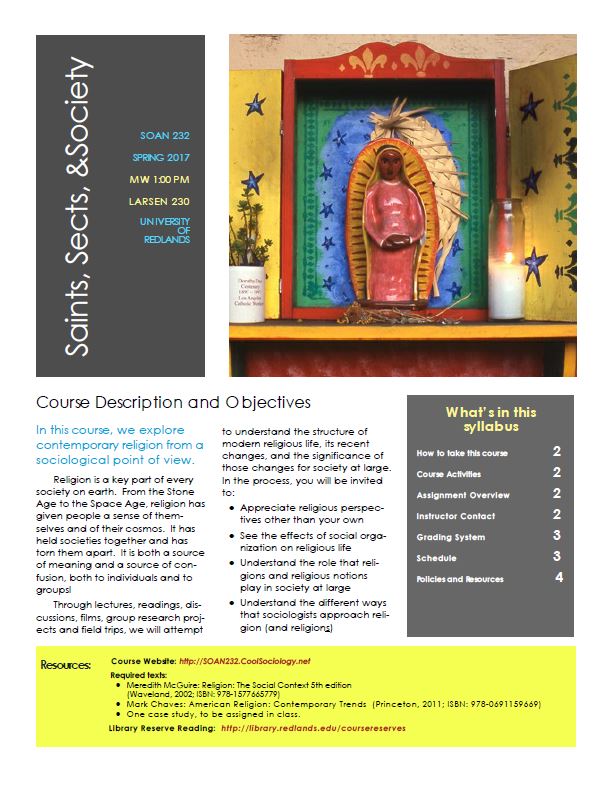